Starcraft is a military Sci-Fi game, and as a game lover I like this game very much. I am always in fond of excellent games like Starcraft that gives me the same thrill and excitement in my game-play.

Blizzard Entertainment has developed this real-time strategy game. You can play this game in single and multiplayer mode on platforms like Microsoft Windows, Nintendo 64, and Classic Mac OS.

Starcraft is the game where you are playing three different characters in three different races. All the units are unusual, and you need a different kind of strategy and mechanics for playing all the three races in Starcraft.

While playing Starcraft, you have to obtain the two main currencies, i.e., Minerals and Vespene Gas. You need the minerals for all the units and structure. For building advance units you need Vespene gas.

In this game, you are playing the role of Confederate magistrate, cerebrate a commander and a freshly appointed executer in the first, second, and final episode of the game respectively.

But, if you are searching games similar to Starcraft that offers you the best features and strategy, then we are here providing the top 10 best games that you can play as an alternative to Starcraft. 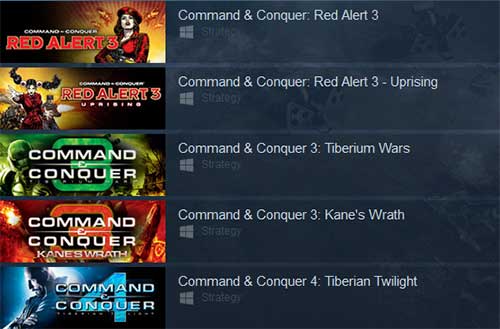 If you love the games that are packed with action strategy game plays then Command & Conquer: The Ultimate Collection a franchise of best real-time strategy games that offers you more than 17 games of the similar genre.

Rediscover the groundbreaking, action-packed Strategy gameplay that has changed the concept of PC gaming forever with these groups of games in one time purchase class.

You will get games from the classic Tiberian saga to the alternate universe of red alert to the modern warfare of generals. This collection of games becomes the most liked franchise by PC gamers because it offers the command and conquers experience than never before.

2. Age of Empires II: The Age of Kings

The Age of Empires II: The Age Of Kings is developed by Ensemble Studios, Forgotten Empires LLC, Wicked Witch Software and Tantalus Media.

This Age of Empires II: The Age Of Kings is an RTS game that concentrates on constructing villages, creating troops to beat the enemies and grabbing the resources. There are four ages in this game i.e., Dark Age, Feudal Age, Castle Age, and Imperial age.

There are 13 towns in each of these ages, and you are dominating the empires and city of your enemies. As you go on higher levels in this game, the new ages will be opened with new structures and mechanics.

Make use of civilians for obtaining the resources that are required for research technologies, constructing the buildings, training the troops, and much more. There are four kinds of resources i.e., Gold, Wood, Stone, and Food.

You can play this game in high definition version on Windows OS which includes the expansion with the original game. 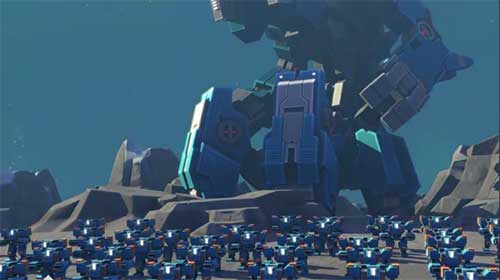 Uber Entertainment and Planetary Annihilation Inc develop this game. As the name refers, this game is based on planet maps systems that include various planets and planetoid like the moon.

In this game, you have powers to dominate the rival planets and whole system on the map, which includes hundreds of World across the galactic war. Remember that these planets are dominant and can be destroyed by utilizing other planets. You will lose the game whenever the enemy kills your last commander.

Games like Starcraft are based on real-time strategy, and Company of heroes is not an exception for this. Company of Heroes is developed by Relic Entertainment and can be played in single and multiplayer modes.

The Company of Heroes gives the WWII gaming experience, and Company of heroes is the game that includes the war environment, sacrifices of soldiers, and powerful warfields. This game is placed in the era of second world war.

You have to take the command of particular points on the map. As many points as you access the chances of getting resources will be high. There are three resources in this game, i.e., munitions, fuel, and human resource. These resources are essential as this game continuously demands the expansion of the territory of the player.

Amplitude Studios has developed this turn-based Sci-Fi strategy game. When you enter the game, you have to select any one of the different available races. Every race has its own features and perks. These features and qualities can be used for developing the empire, and you can also expand the empire by defeating the system.

Each system of this game has five planets with the particular climate, statistics, and environments and sometimes anomalies as well. If you want to do progress in this game, then the only key to it is a research because it helps to open locked resources like modules, weapons, ship hulls and many other useful things in the game.

6. Sins of a Solar Empire

Sins of a Solar Empire is a Sci-Fi real-time strategy game designed for Microsoft Windows by Ironclad Games. The player can play this game in both single and multiplayer mode.

There are three kinds of races in this game i.e., industrial TEC, the psychic advent and the alien Vasari and the player have to command any one of these races. The field in which you play the game is a 3D web of planets & some other supernatural things in the specific environment of one or more stars.

You can select various kinds of solar systems to unseal the achievements due to its sandbox mode. Annihilate the other neighboring planets and also discover the various star systems and that is also an enormous 3D environment.

Explore the orbiting planets, radiant stars, entire galaxies, space dust, and much more throughout the game. Hence you can enjoy walking through the stars and the whole solar system. 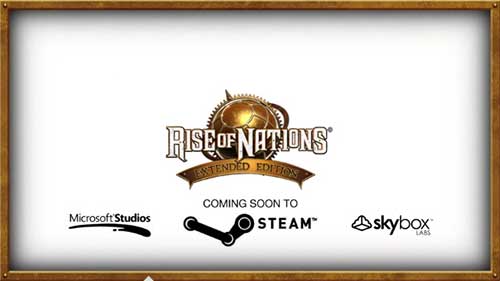 Big Huge Games and Westlake Interactive had developed this turn-based strategy game. This game featured 18 various civilizations that can be played through 8 various ages of the universe of history.

The gameplay is based on the concept of territory, and your territory is near your settlement area. You can make the buildings within your territory limits. Create and expand the cities & forts, get command of specific resources, and create a technology tree for growing the borders of the nation.

Each of the 18 civilization is consist of 4-8 different units. The center of attraction of the overall gameplay is on balance across the economy, offense, and defense. Generalship is the demand of every real-time strategy game and the rise of nations: extended edition is not an exception for it.

If you are in search of free games like Starcraft that are based on real-time strategy then, Age of mythology an extended edition will be the best choice for you.

This game is introduced as the spin-off for the age of empire series from Ensemble Studios and can be played in single and multiplayer mode.

Age of Mythology: Extended Edition is just like any other RTS games that include beating rivals towns and units, training of civilians and fighters and building your own city. The game has four ages, and you will begin the game from Archiac Age and as you go level up you will unlock the rest of the ages i.e., classical age, heroic age and last one is mythic age.

Greeks, Egyptians, and Norse are the three cultures in which you have to play and every culture their major gods, and you have to choose their particular god before you play in a specific culture. 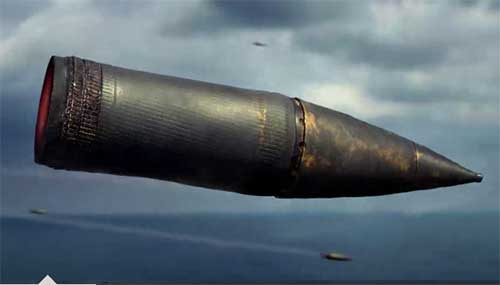 If you want the game like Starcraft and that is also without paying a single penny, then World of warship will be the best choice for you. This free to play game has been developed by Lesta Studio and published by Wargaming.

This is a team-based slow-pace hunting game has two kinds of weapons i.e., torpedoes and ship guns. This game set up in the 20th century and as it is a team-based game so it allows you to make the group of up to 3 players so that you can play in group battles together.

The theme of this game is naval based so you can explore different kinds of navies that include Imperial Japanese Navy, United States Navy, French Navy, the royal navy, and much more. You have to do research on every ship to get progress in your game.

This RTS game is developed by Massive Entertainment and can be played in both the single and multiplayer mode. In this game, there are three factions i.e., United States, Soviet Union, and NATO.

The player will be allocated with the units on warfields, and if you want to achieve the victory, then you have use them wisely.  If you are playing in single player mode, then you can play as an army force for the United States and NATO and the Soviet Union will be unlocked when you will start playing in multiplayer mode.

While playing the game, you will get the fixed amount of reinforcement points which can be used for purchasing the units on the battlefield and once you purchase it and if you want your points back then destroying the units is the only solution for it. This game has the 360-degree rotational camera to look over all the corners of the battlefield. 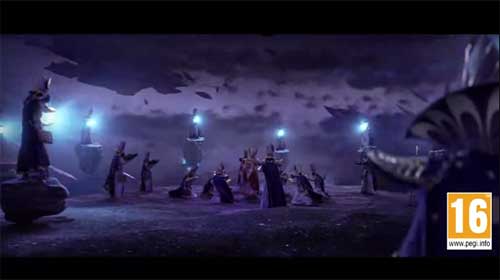 Creative Assembly has developed this turn-based strategy game. In this game, you have to manage the settlements in the turn-based method by moving the armed forces all over the map. The real-time battle will begin when the armed forces will meet-up.

One of the unique features of this game is that this game has custom battle mode not only allows players to generate personalize real-time war but also online multiplayer war.

The name of the civilizations is Vikings, Anglo-Saxons, Teutons or Slavs. The main feature of this game is that it has a day and night cycle. You can play this game in multiplayer mode on 15 maps which are created for 2, 4, or 6 Players.

All the above games are the best options for games like Starcraft. Go through the above list and tell us which one is your favorite.

We always welcome your valuable feedback. Stay Tuned for More details. Till then Enjoy the World of gaming!